“Building Performance from the ground up” | Billy Walsh (Guest Speaker)

This event has passed. 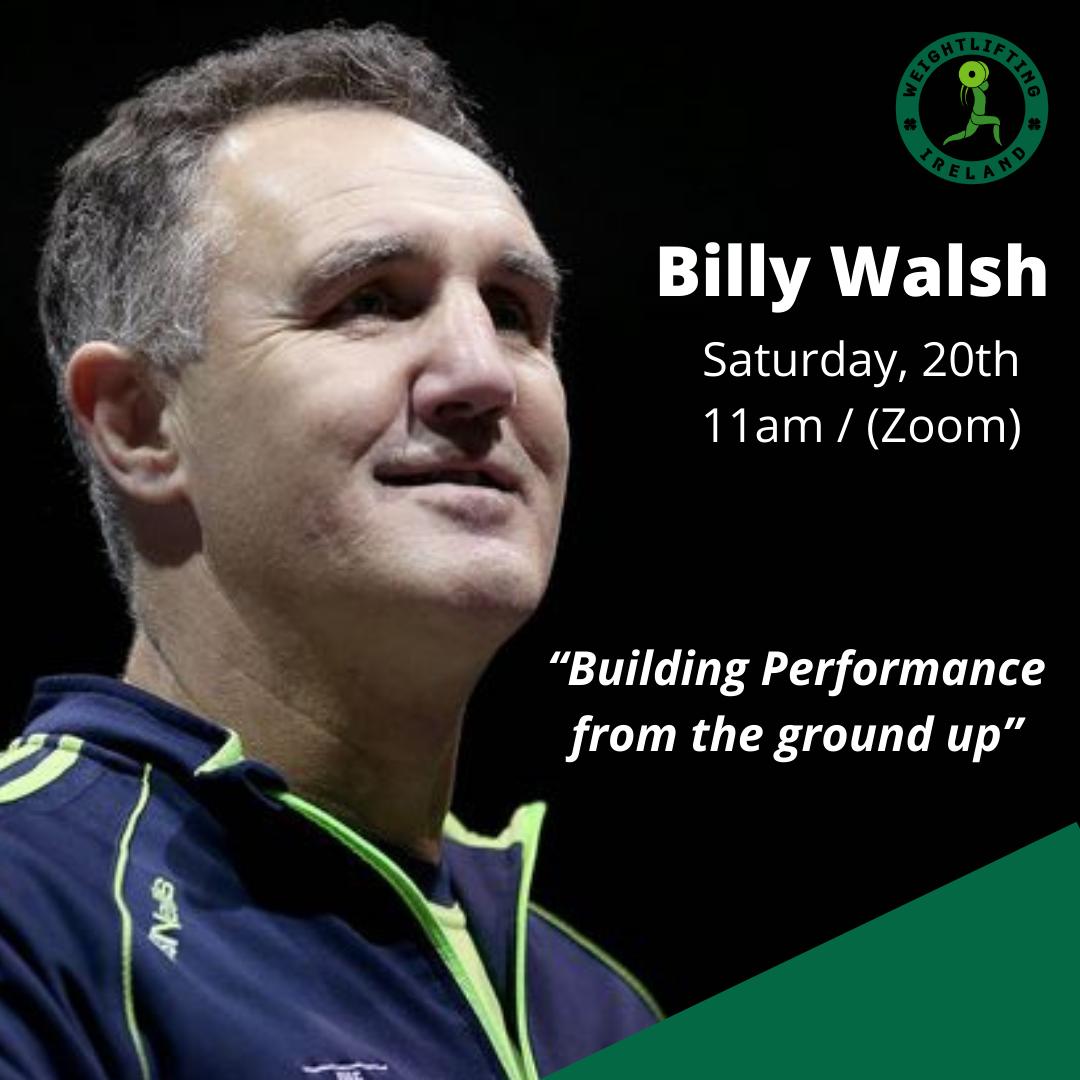 “Building Performance from the ground up” | Billy Walsh (Guest Speaker)

“Building Performance from the ground up”

Weightlifting Ireland will host an exclusive seminar with Billy Walsh, the Head Coach at USA Boxing, on Saturday 20th February at 11am.

Billy Walsh was an Olympian at the 1988 Seoul Olympics and later transitioned into coaching.

As head coach Billy was instrumental in developing the high-performance culture at the IABA that developed talents like Katie Taylor, Michael Conlan, John Joe Nevin, Padding Barnes and Joe Ward into world beaters.

Billy left Irish Boxing in 2015 for USA Boxing. Initially taking up the role of the Women’s Head Coach, Walsh went on to lead both men’s and women’s teams to a successful 2016 Olympics, with USA Boxing winning 3 Olympic medals.

At the 2012 Olympic Games no male boxer from the USA won an Olympic medal, the first time this had happened. USA until this point had won the most medals in boxing at the Olympics of any nation. In 2016 under Walsh’s guidance 2 US men’s boxers won medals, a phenomenal turnaround after just 9 months in charge.

This Saturday Billy will talk about his experience developing high-performance teams from the ground up and how to make a difference with little resources. This will be a must see and is available FREE of charge for current Weightlifting Ireland coaches and athletes.

This website uses cookies to improve your experience while you navigate through the website. Out of these, the cookies that are categorized as necessary are stored on your browser as they are essential for the working of basic functionalities of the website. We also use third-party cookies that help us analyze and understand how you use this website. These cookies will be stored in your browser only with your consent. You also have the option to opt-out of these cookies. But opting out of some of these cookies may affect your browsing experience.
Necessary Always Enabled
Necessary cookies are absolutely essential for the website to function properly. This category only includes cookies that ensures basic functionalities and security features of the website. These cookies do not store any personal information.
Non-necessary
Any cookies that may not be particularly necessary for the website to function and is used specifically to collect user personal data via analytics, ads, other embedded contents are termed as non-necessary cookies. It is mandatory to procure user consent prior to running these cookies on your website.
SAVE & ACCEPT
Go to Top